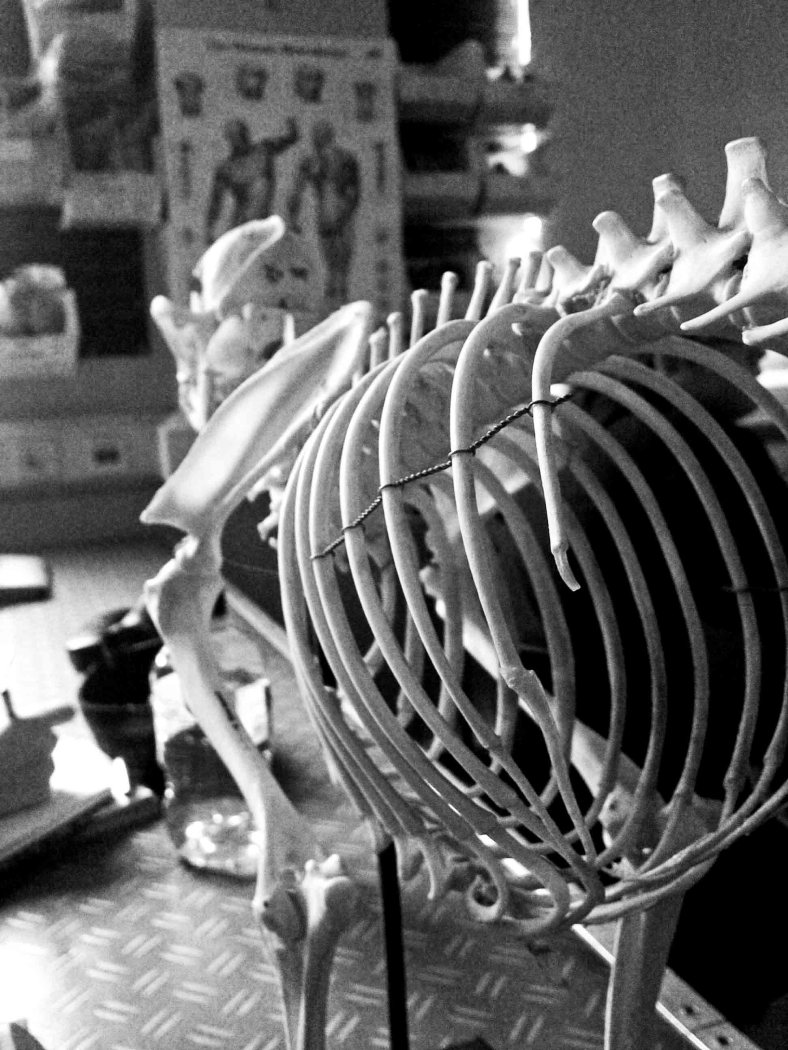 The rest of last week was spent in Sheffield. Why on earth was I in Sheffield!? Luckily I had a good reason. I went, along with Ben and Gina, my fellow trainees, to attend the zooarchaeology shortcourse that was taking place.

It. Was. Great. What is it, though? Wikipedia (cringe) sums it up best:

“Zooarchaeology, also known as Archaeozoology, is the study of animal remains from archaeological sites. The remains consist primarily of the hard parts of the body such as bones, teeth and shells. Such remains may represent the food refuse of ancient populations as well as animals used for transportation, farming or as pets, or for decoration, clothing and tools and the scrap therefrom. The study of these remains helps archaeologists understand past human subsistence strategies and economic interactions and completes our picture of the kind of environments humans have inhabited.”

This course was relevant to us natural history curatorial trainees because of the amount of such materials (bones, teeth and shells) present in our collections. The course primarily focussed on the skills required to investigate animal remains: washing, marking and storage; identification of the animals (mammals, fish and birds); identification of the bones, teeth and shells; ageing animals (from bone fusion as well as tooth-wear); sexing and biometry; bone modification and pathology; and finally, the use of isotopes and genetics.

It would be difficult and unrealistic to list the many things I learned so I think it’s best I just show you some of them. Here are some photos with some brief explanations if you hover your cursor over them. 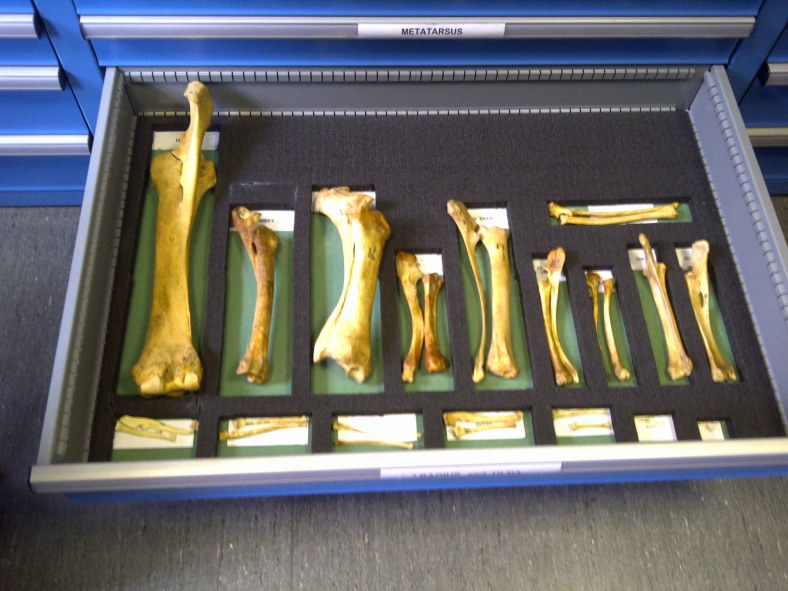 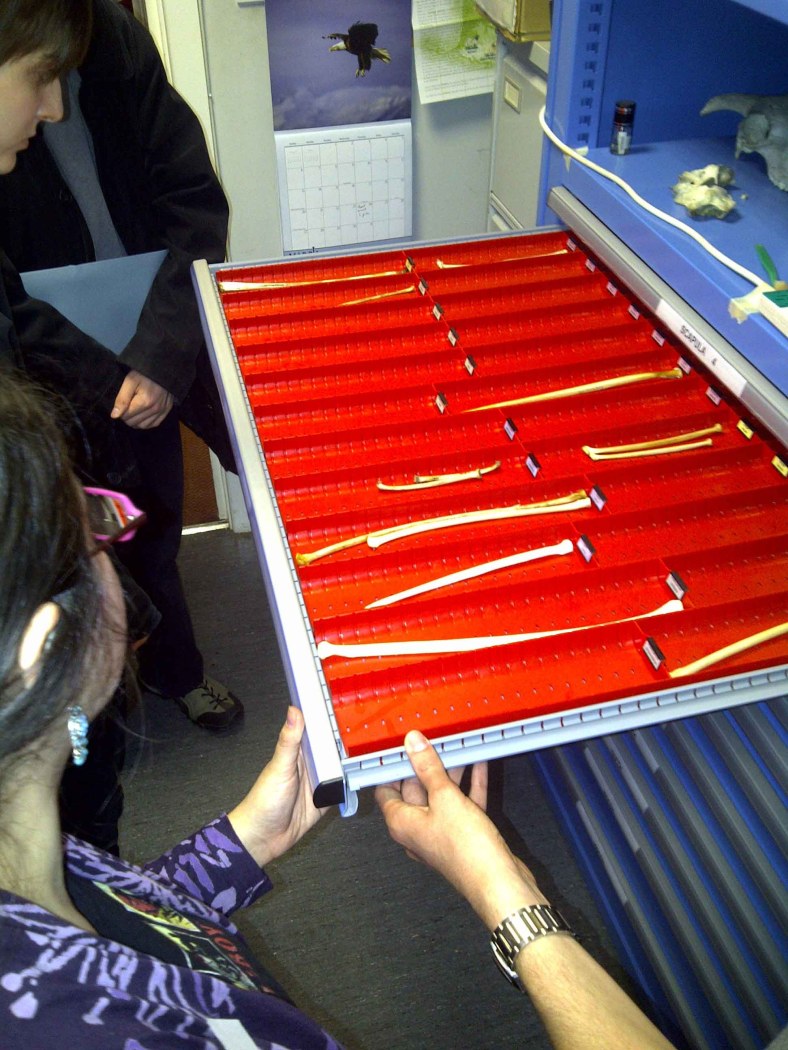 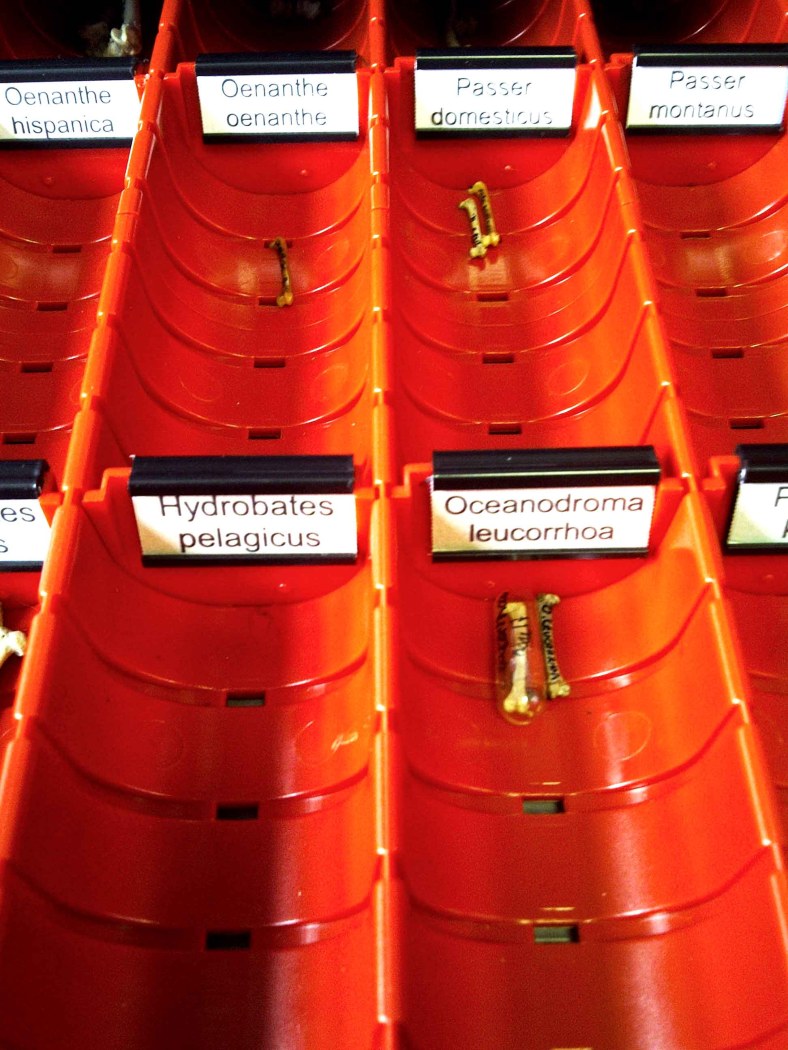 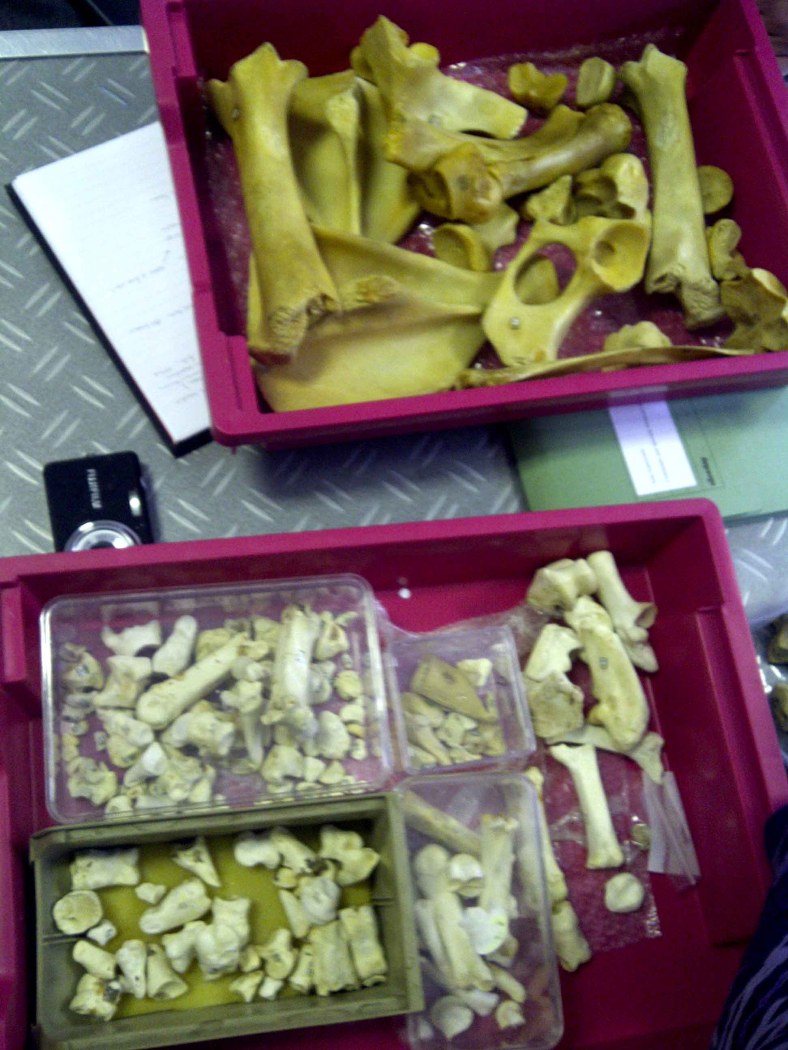 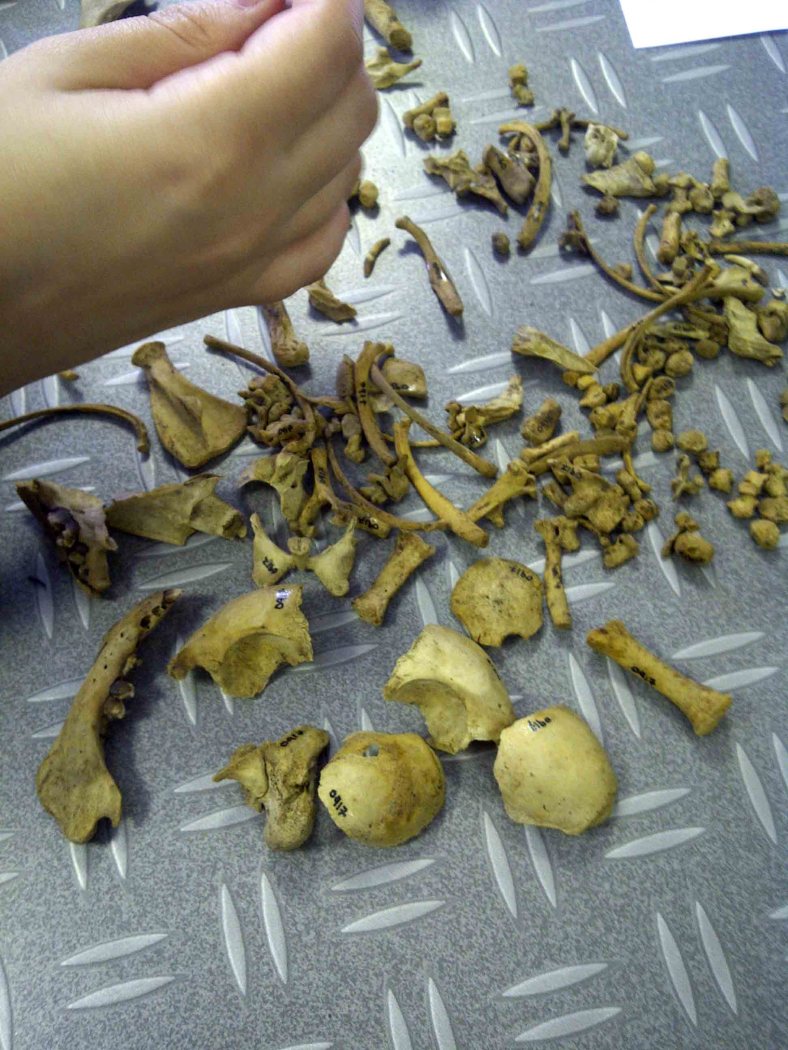 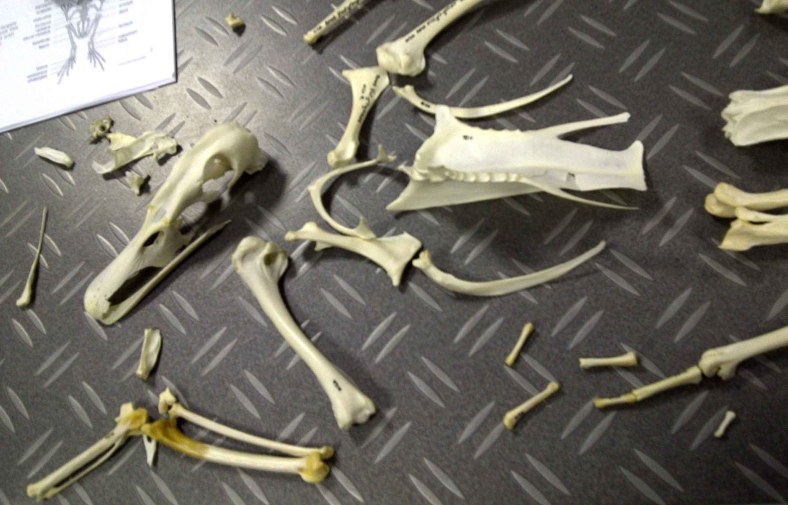 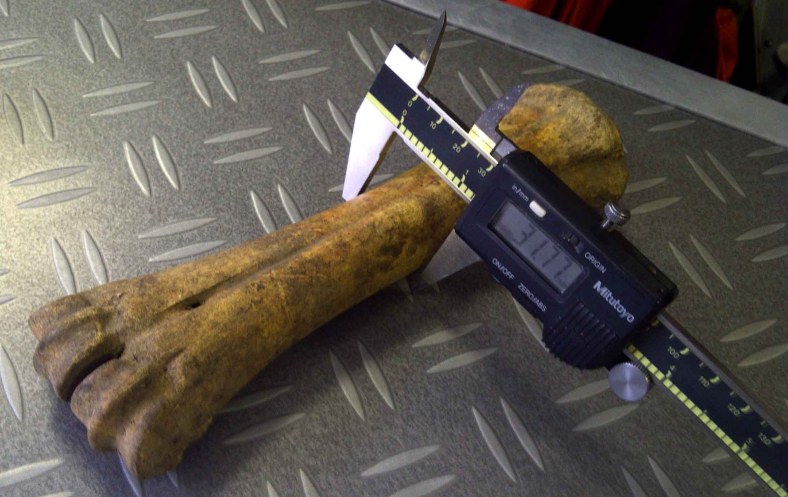 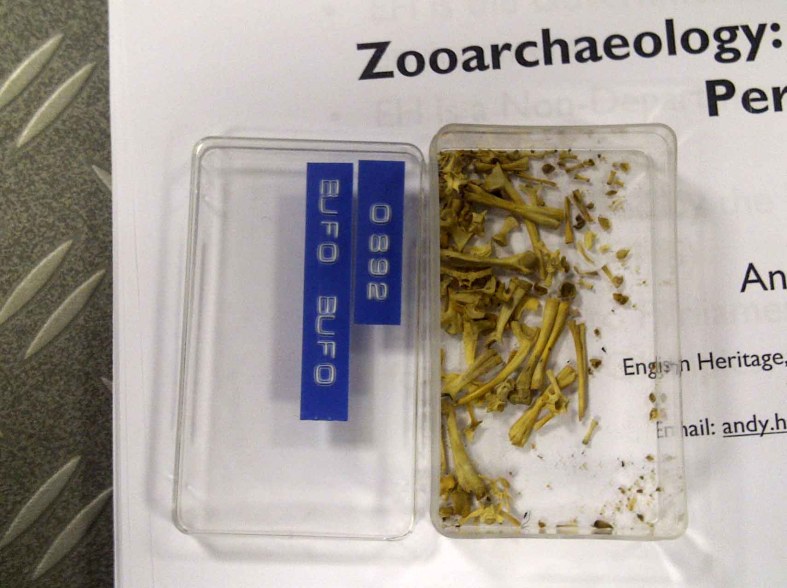 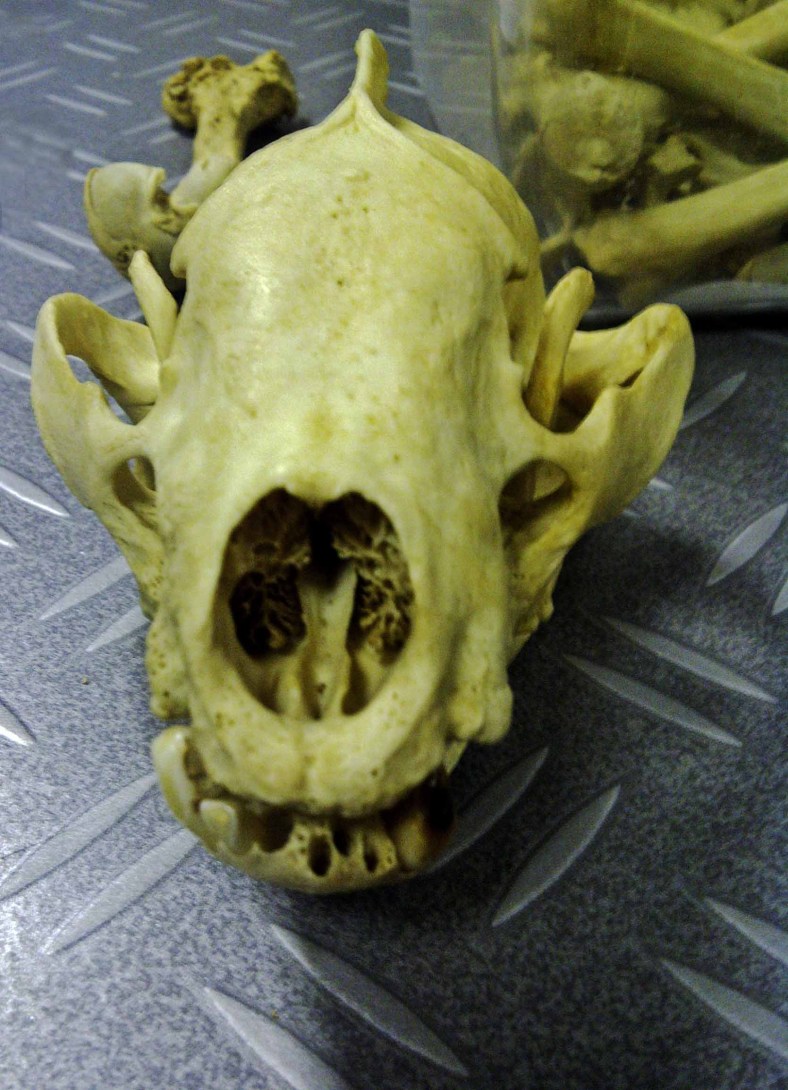 I hope that gives a taste of what I got up to in Sheffield. It was fun to learn how to look at bones and teeth and be able to tell so many things from them. Then using that information to tell the story of a) how these animals were used and b) how elements of our own society functioned was brilliant. I can’t wait to get stuck into the collections at the museum and use my new-found knowledge. First stop: mammoth femurs!

One thought on ““Know your own bone; gnaw at it, bury it, unearth it, and gnaw it still.””