On my third day in Berlin, I was unsure exactly what I would be doing.  My contact there had told me only palaeo was an option and that I’d find out on the day.  Unfortunately most of the department were at a conference out of town, with only a skeleton crew left at the museum (not literally skeleton, despite being a natural history museum).

I was passed on to a lady in palaeobotany (Catrin Puffert) who had some work for me to do.  It was a shame to not be able to see the collection in the same way as I had the previous two days, but some hands-on work experience would be just as useful.  Catrin was going through some cabinets of fossils that had undergone a change of location and checking to see what was what.  My job was to go through, drawer by drawer, and check the contents against a print-out.  On the sheet, I had to either tick the location number (corridor : cabinet/drawer number : side) if it was correct and, if not, write down the new location. 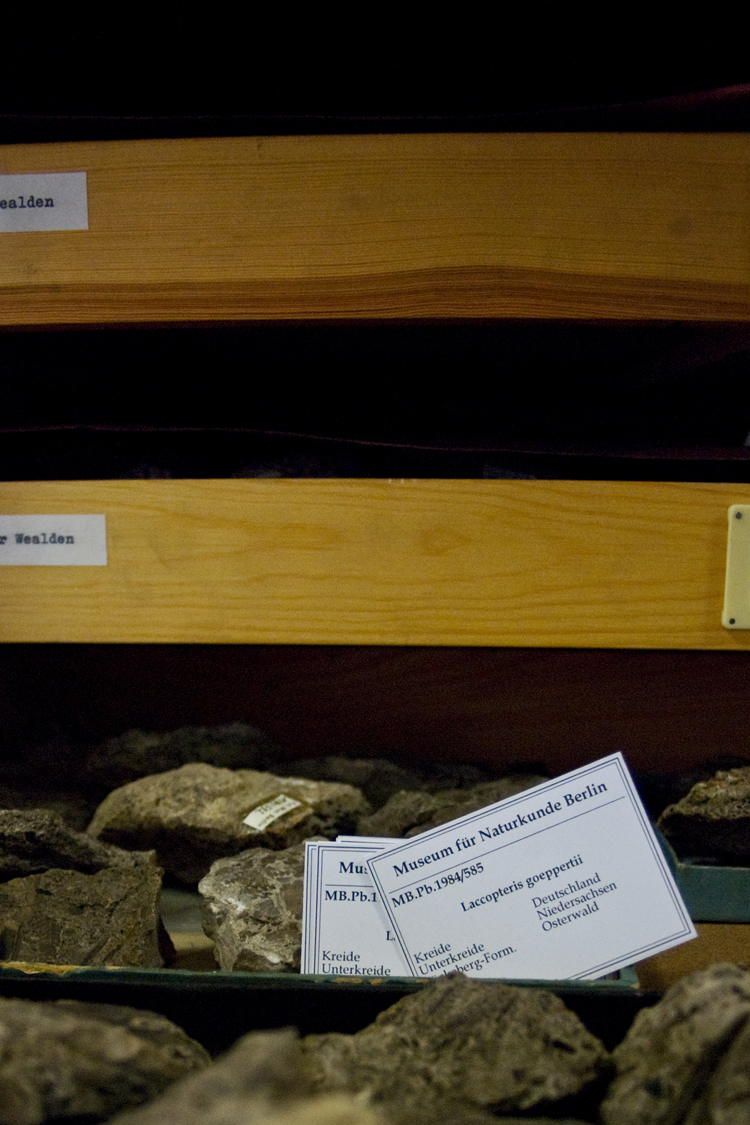 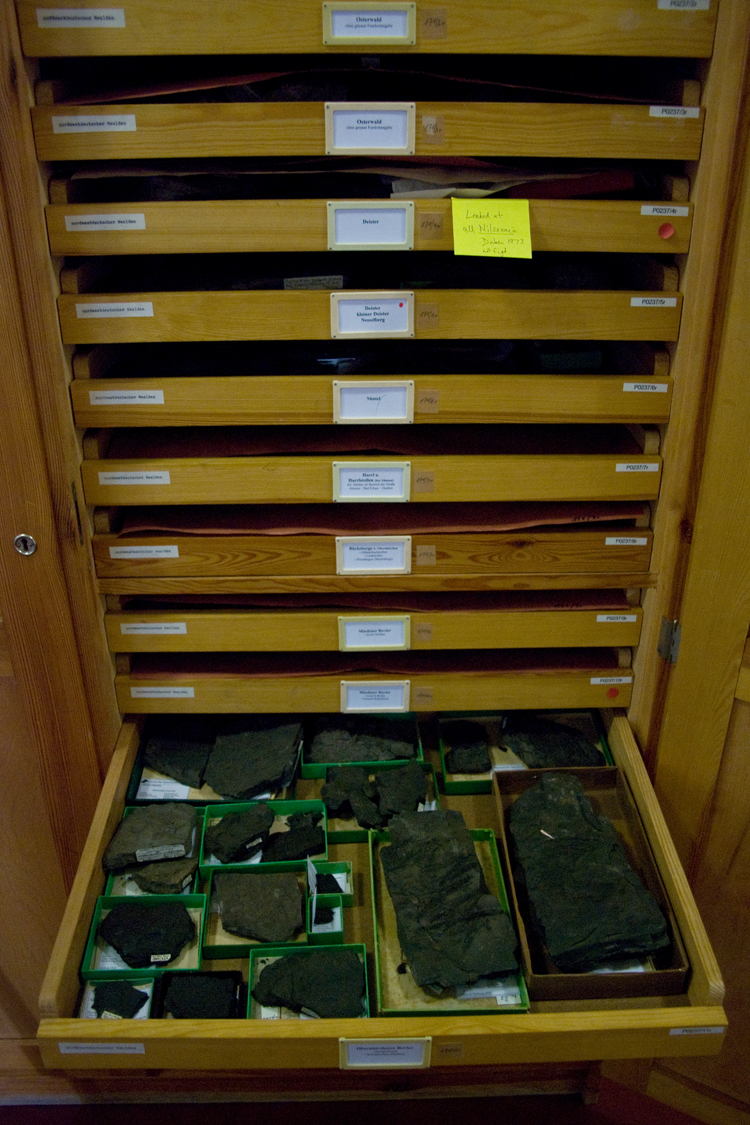 Once I had completed that job, I was shown to a computer and the palaeo department’s database. It was straightforward to use and I was trusted with inputting the information I had just collected onto it.  Like all the departments at the museum in Berlin, palaeontology had its own unique database, with a tailored set of fields; I set about adding the data, marvelling at its ease of use.

Once I had finished editing the database, I had one more job to do.  There was a cupboard full of fossils and I had to look at each one and write down their inventory numbers.  Out of over 50 fossil ferns, only four of them were numbered.  After that, I was free to go.

As I said, it was a shame that I didn’t get to see the collection properly; I only saw two cupboards (in great detail).  Helping Catrin with a fundamental curatorial job was useful though, and I appreciated getting to use another database system.  Next: arachnids and fish!

(Since this post is quite light in terms of photos, here’s one of some of the dinosaurs in the main hall.) 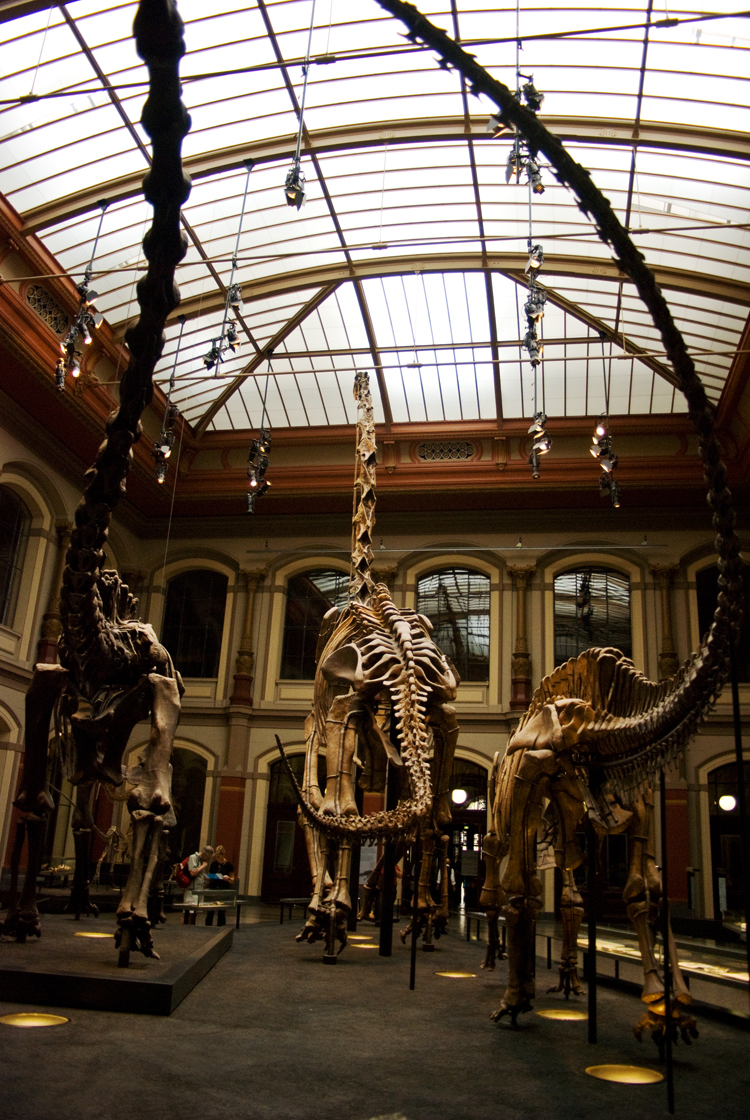